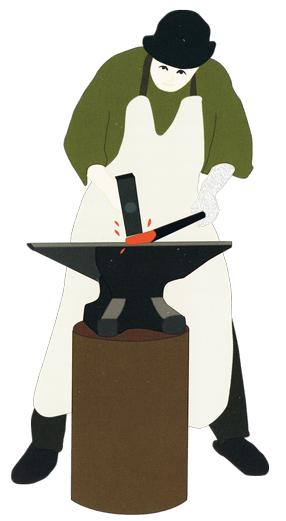 Of all the people that worked with iron, the forgeman, or smith, was probably the most admired. He was big and strong with powerful fists, and he could master the hot coal and the glowing iron. He was almost looked upon like a magician. It was even thought that he had supernatural powers. He could blow away evil with his bellows. If you hurt yourself, you could go to the forgeman, who would blow your pain away.